Since 1986 Moscow, Idaho has enjoyed a sister city relationship with Villa El Carmen, a town and county of 40,000 people near the Pacific Coast of Nicaragua. Working with Sister Cities International, the Moscow Sister City Association exchanges visitors between the two cities, donates supplies, equipment, and repairs to Villa El Carmen’s public schools, and awards scholarships to Nicaraguan students who attend universities in Managua, the capital city. While the City of Moscow pays the dues for the program, a local group of dedicated people, the members of MSCA, are the driving force behind the relationship. A board of directors determines MSCA’s priorities and activities (president David Barber, vice-president Lubia Cajas Cano, and seven board members). 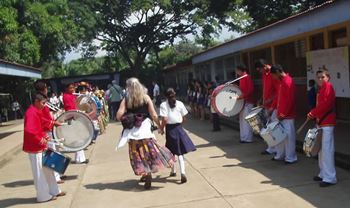 MSCA Board of Directors