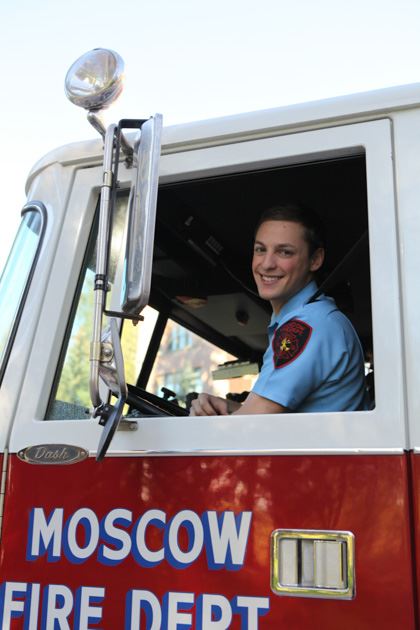 In 1941, because World War II depleted local fire department personnel, the Moscow fire department began depending upon six “firefighters-in-residence” for equipment operation and maintenance. In the fall of 1948, Chief Carl Smith instituted a controversial program that allowed six college students to live in the fire station while they attended school at the University of Idaho. Within months, a lengthy waiting list of prospective students was created.

Since 1948, hundreds of U of I students have called the Moscow fire department their home. Over 80 resident firefighters have used this uniquely valuable experience as a springboard to full-time, paid firefighting and EMS careers. MVFD alumni are found in fire stations from coast to coast.

The intent of the MVFD is to maintain an effective volunteer resident firefighter program to enhance volunteer firefighter staffing, improve apparatus response to emergencies and prepare individuals for a career in fire and or EMS services, should they choose to.

In exchange for a free room while attending the University of Idaho, WSU or LCSC; residents are trained as firefighters and given the responsibilities of responding fire apparatus to emergency scenes, firefighting and station detail duties. The opportunity for additional training is available in emergency medicine for interested residents.