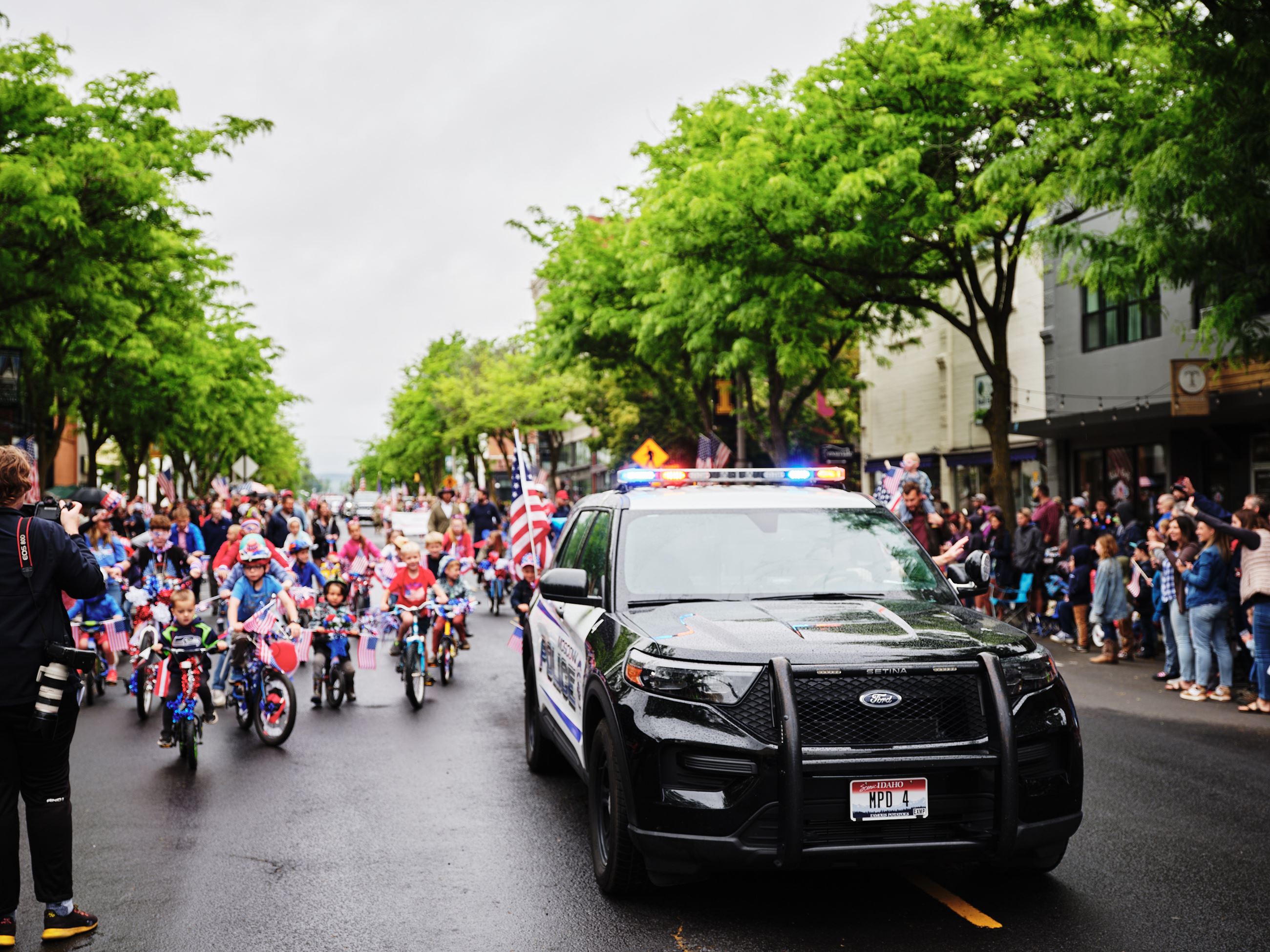 The Moscow Police Department’s mission is to provide public safety services that are designed to fairly, efficiently, and effectively prevent crime and safeguard lives and property. We will provide professional police services by inviting public participation, resulting in a community atmosphere where citizens are free of unnecessary regulation and are treated with dignity and respect. Our personnel will maintain high ethical standards, training, and professional development. Our goal is to provide a community that is safe, secure, and a pleasant place to live and visit.

The department employs a community-oriented policing philosophy to improve the quality of life through community partnerships and problem-solving approaches. Our core values consist of Service, Pride, Integrity, Compassion, and Excellence. We are a state-accredited agency and adhere to all the comprehensive professional standards and best practices of contemporary law enforcement organizations as recognized by the Idaho Chiefs of Police Association. 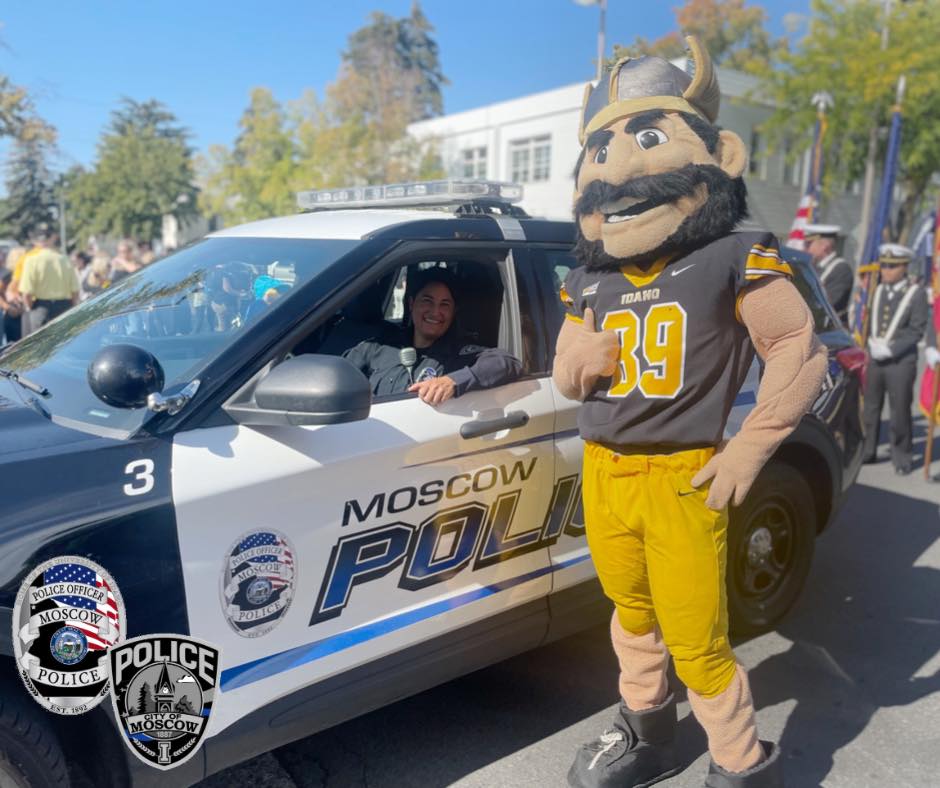 History of the Moscow Police Department

In 1892, the citizens of Moscow appointed William J. Blacker as the first Chief of Police. He worked towards the goal of preserving the peace, protecting property, and enforcement of city and state laws.

Chief Blacker and his team of three officers were known as the “Special Police,” each earning $4.00 per day. The county and city cooperated and shared the local jail as it is today. The majority of arrests were made for “Drunken and Disorderly Conduct in Public.” Fines for this offense ranged from $10.00 to $20.00 for each incident.   Speeding tickets were written and administered and speed fines were set at between $1.00 and $10.00.  At that time, without the advance of technology, it was not easy to estimate the offender’s rate of speed so the officer estimated by pace.

As the years have passed and decades turned into a century, the Moscow Police Department has evolved into a community-oriented organization comprised of 36 commissioned police officers and civilian personnel with three divisions which include Operations, Services and Campus.

Before 1968, the current Moscow Police Department, located on Fourth

Street, was home to a creamery called “Korter’s Pasteurized Milk.” Korters sold bottled milk in the 1930’s and 1940’s. After use as a creamery under William and Julia Korter’s ownership, the building was occupied by other businesses, including J&J Glass, until the City purchased the property from the Korters on May 15, 1968. At that time, it became City Hall and the Moscow Police Department.

In January 2022, after several years of planning and the success 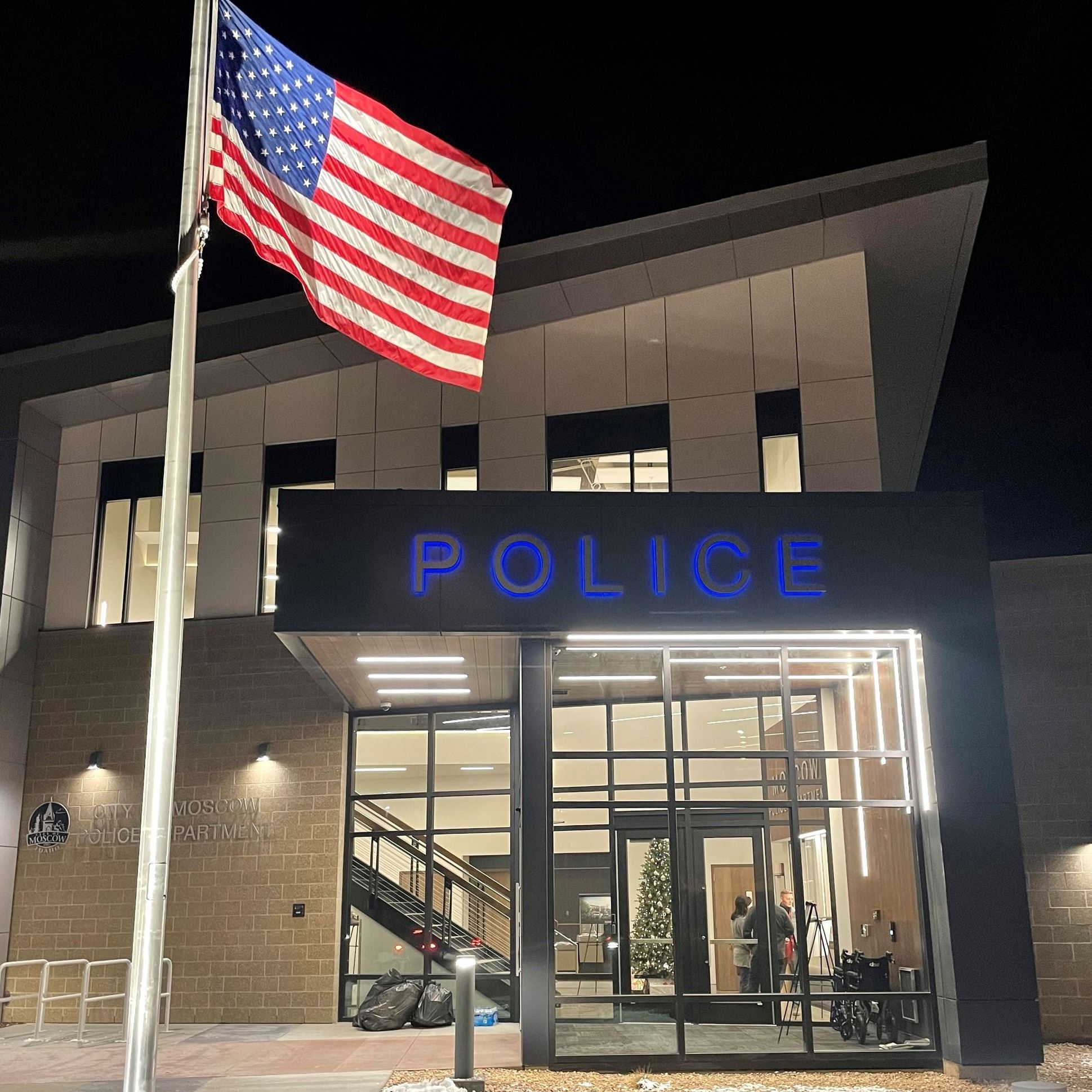 ful passage of a voter-approved bond, the Moscow Police Department moved from an 8800-square-foot facility that originally operated as a creamery nearly a century ago, to a brand new 15,300 square-foot facility. The building was designed to meet the needs of a growing, evolving department and the residents that it serves. The new facility’s location and its design enables the department to be more responsive with improved egress during emergencies with officers arriving to calls quicker. With a spacious training room, the department hosts trainings for department as well as other area law enforcement agencies. Our visitor-friendly lobby can accommodate more interactions between police and the public. The outside entry houses a temperature-controlled “safe room” for citizens which can be manually locked down in an emergency during off hours while waiting for an officer to respond. We are excited for the department to “grow” into this new space as we serve the community. 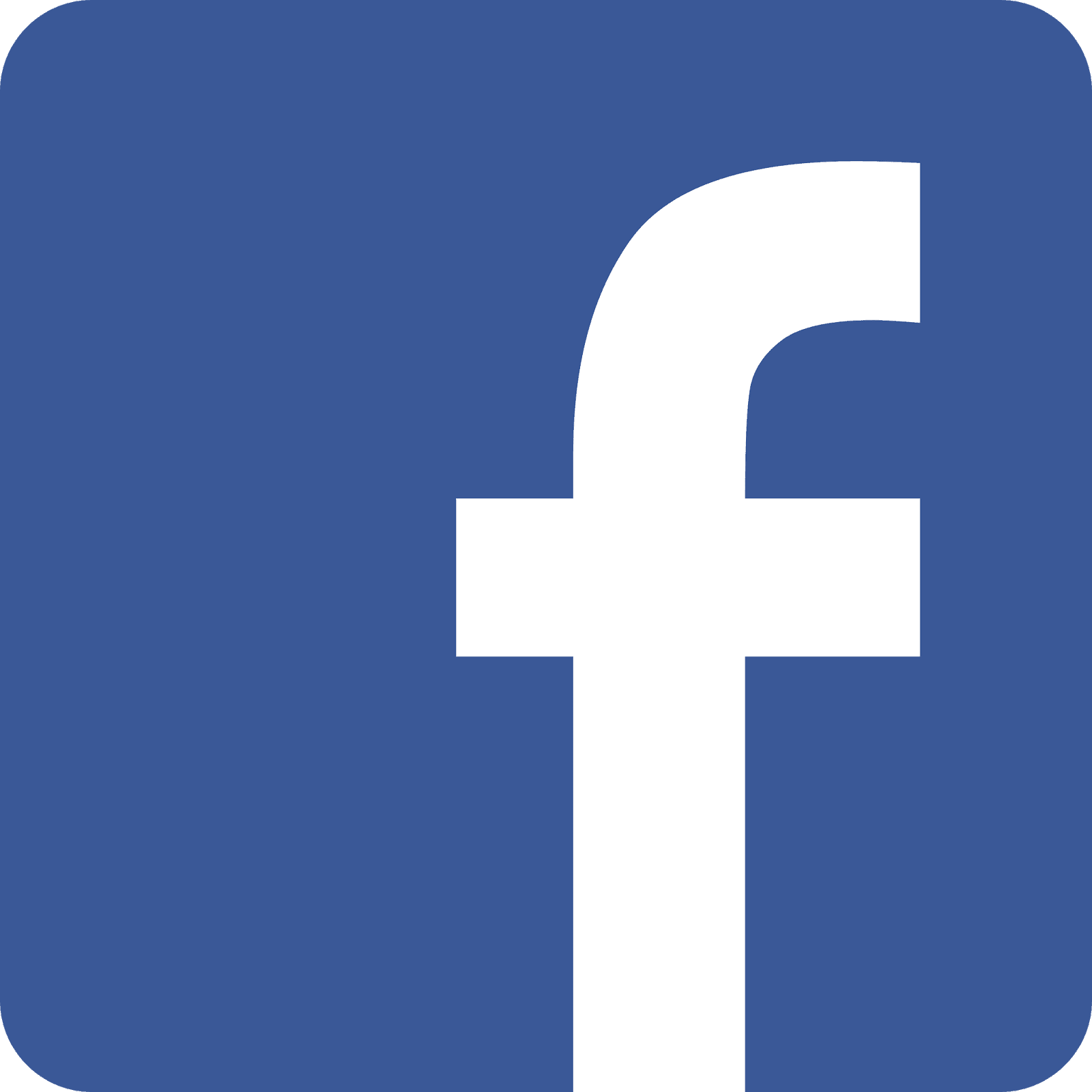 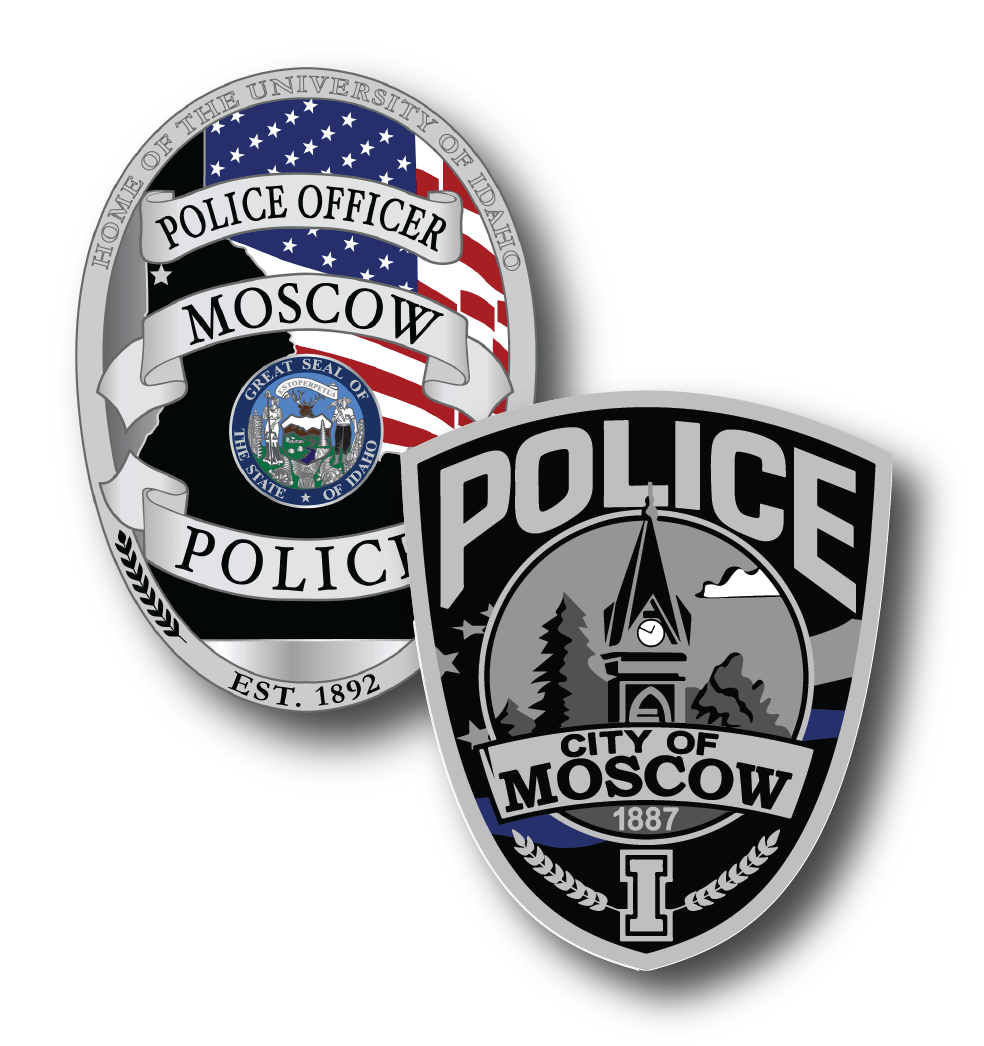