The first Moscow Wastewater Treatment Plant was constructed in 1918, consisting of two large septic tanks with contact beds for secondary treatment. In 1938 a new sewage plant was constructed which included updating the contact beds to trickling filters, installation of primary and secondary clarifiers, and sludge digesters. The treatment plant was again upgraded in 1957 with two new primary and secondary clarifiers.

In 1961, the plant was again upgraded with an effluent irrigation system for the lawn, pre-chlorination, new digester gas control equipment, automatic chlorine feed, and liquid digested sludge disposal facilities. In 1973, a chlorine contact tank and an aeration system were constructed.

The existing Plant was completely replaced in 2002 with a Biological Nutrient Removal (BNR) process and effluent filters were added in 2010 to remove phosphorus.  To learn more about how this system works, check out the virtual tour or contact us to schedule an in-person tour.

The Water Reclamation and Reuse Facility (WRRF) treats an average of 690 million gallons of wastewater per year, with the capacity to treat up to 4 million gallons per day.  Our in-house lab performs approximately 5,000 test for process control each year.  After the wastewater is treated, it is discharged to Paradise Creek.  In order to maintain compliance with the City's federal NPDES permit, the creek is sampled three times a week to ensure water quality.

The WRRF also plays a vital role in water conservation efforts in the City.  During the irrigation season, 85 million gallons of reclaimed water are used by the University of Idaho to water green spaces it maintains. 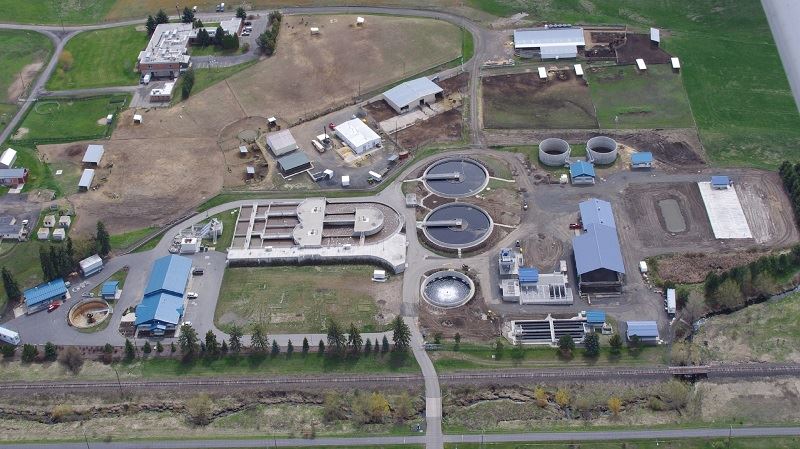