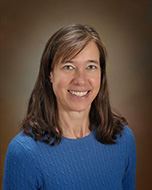 Brandy Sullivan was elected to a four-year seat on the Moscow City Council in November of 2017. While her undergraduate and graduate degrees were earned in the east at the University of Vermont and the University of Connecticut, it was the University of Idaho that brought Brandy and her husband, who is a professor at UI, to Moscow in 1997. Brandy is a Speech-Language Pathologist at Gritman Medical Center, as well at part-owner of One World Cafe, which opened in 2005. She has served on the Moscow Chamber of Commerce and is a member of both the Chamber and Buy Local Moscow. She was also appointed to the Moscow Urban Renewal Agency in 2008. Brandy enjoys running the hills of the Palouse, playing hockey, rafting, camping and backpacking with her family.