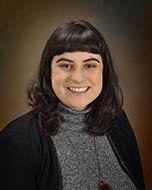 Anne grew up in Middleton, Idaho and moved to Moscow in 2011 to attend the University of Idaho. She graduated in 2016 with a B.S. in Interdisciplinary Studies with emphases on technical writing and organizational science. Anne is the Executive Director of Backyard Harvest, a nonprofit making fresh produce available to those experiencing food insecurity on the Palouse and in the Lewis-Clark Valley. Anne served on the Fair and Affordable Housing Commission before being elected to a two-year seat on the City Council in November 2017, and subsequently a four-year seat in November 2019.