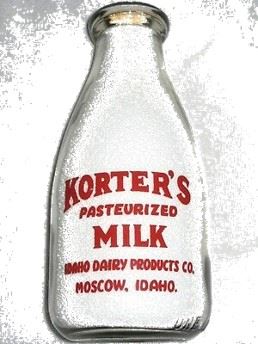 Before 1968, the current Moscow Police Department, located on Fourth Street, was home to a creamery called “Korter’s Pasteurized Milk.”  After use as a creamery under William and Julia Korter’s ownership, the building was occupied by other businesses, including J&J Glass, until the City purchased the property from the Korters on May 15, 1968.  At that time, it became City Hall and the Moscow Police Department.

In the late 1970s, the City purchased the current City Hall building from the Federal Government.  Later, the former Job Service building on Second Street was purchased from the State of Idaho and renamed the Paul Mann Building in honor of former Moscow Mayor and University of Idaho professor Paul Mann.  Renovations allowed City Hall to become home to the City Council Chambers, Mayor’s office, Administration, Finance, Arts, and Legal Departments, and the Third Street Art Gallery. The Community Development and Engineering Departments moved to the Paul Mann Building, and the Police Department remained in the Fourth Street building.