There are three pieces to the complete project, which together will provide a modern and efficient police services facility and will also address office space needs for other City Departments. 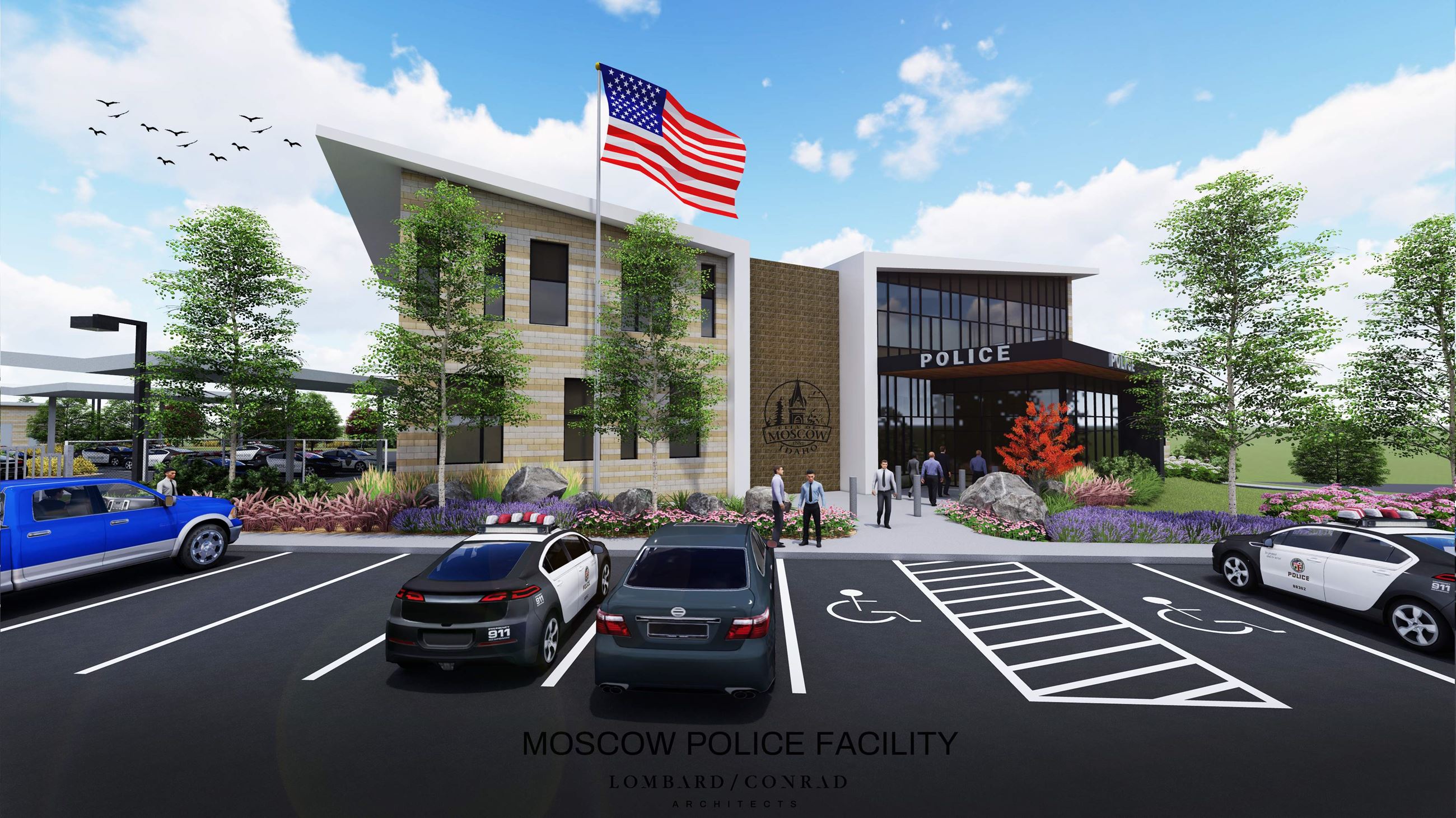 Since the 1990s, the current Police Department building has been remodeled numerous times to meet the increases in services and staff required of a modern policing facility. As noted, at just 9,600 square feet, the facility is undersized. The location is on a dead end street and accessible only by one-way streets. Given these and other limitations, the ability to provide police services in the current facility is very challenging.

The first and most important feature of the project is the development of a new police facility to be constructed at the intersection of Southview Avenue and South Main Street, on the undeveloped property north of Papé Machinery and west of the Grove Apartments. Access to and from the site provides for good emergency response to all of Moscow, including the University of Idaho campus. The facility would be constructed to meet the needs of a modern police facility now and for many years into the future, while also addressing all of the concerns identified and providing a better resource for the citizens of Moscow. 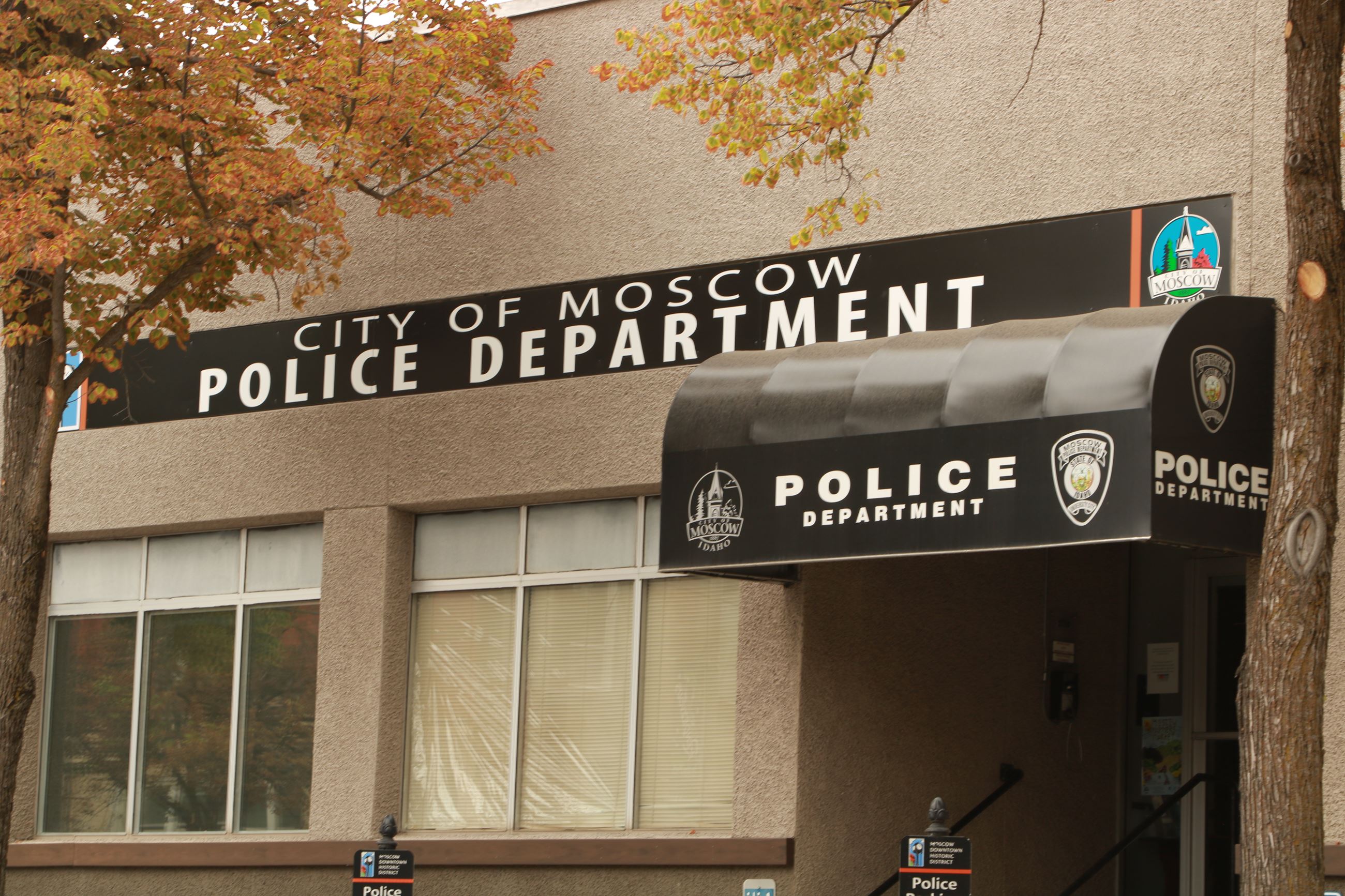 Once the new facility is completed, the current facility at 4th & Washington would be repaired and re-purposed as offices for the Community Development and Engineering Departments. Those departments are currently located in the Paul Mann Building located at 2nd & Jefferson Streets, which has been recognized as deficient in terms of space and functional elements, so much so that in 2018 the City leased additional office space to accommodate the pressing need for current staff.  The bones of the 4th and Washington facility are good, and the available space and location provide excellent office space for non-emergency services. 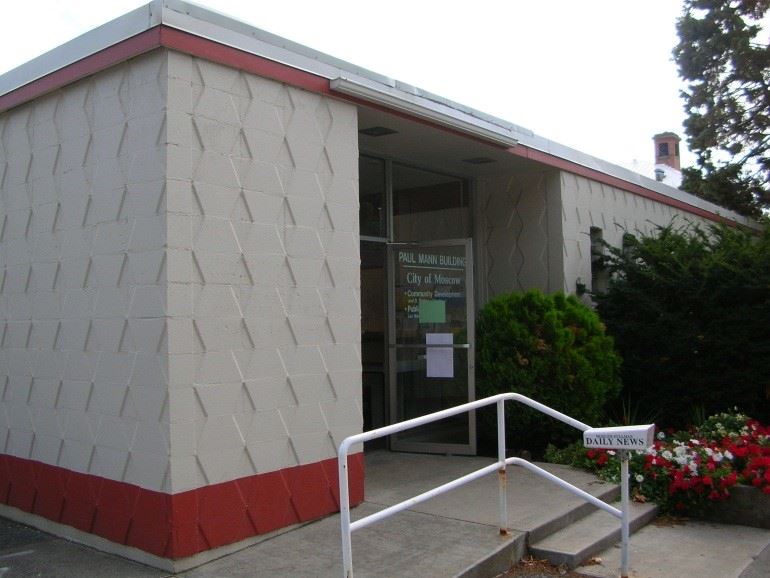 The Paul Mann Building has experienced significant cracking of the masonry block exterior, and the flat roof is nearing the end of its service life.  Cost estimates were prepared to install new siding and roofing systems to the building to prohibit further deterioration and maximize the building’s serviceable life.  Needed repairs to the Paul Mann Building include roofing, HVAC systems, and general interior remodeling to provide modern office space. Once the Mann building is vacated and needed repairs made, the Information Systems Department would relocate there from its temporary location at the Eggan Youth Center, allowing that space to be returned to youth programming uses.  This renovated space would also provide for storage of public records, currently housed in the City Hall basement, which is also over capacity and floods annually.